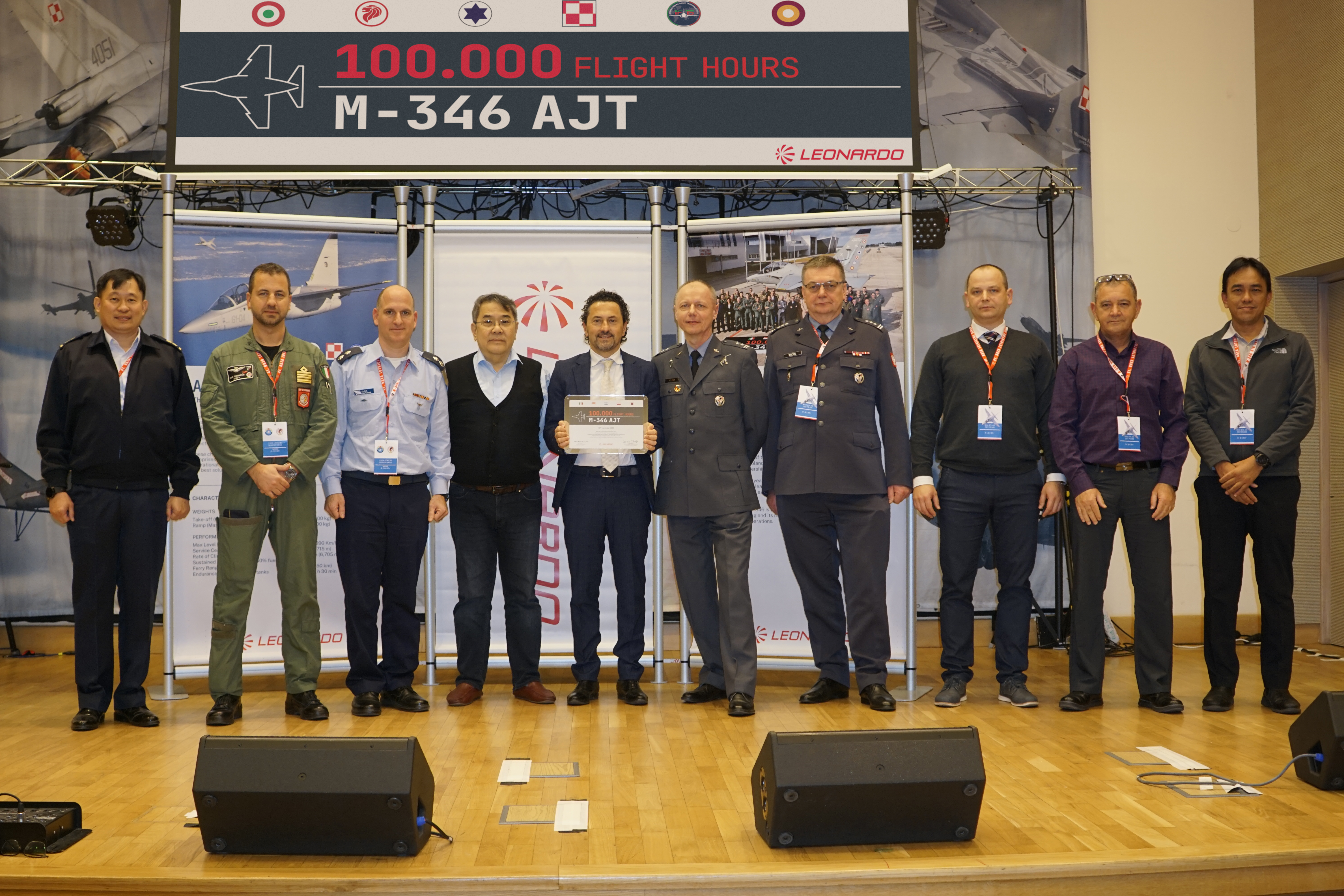 Warsaw, operators and industry representatives supporting the worldwide M-346 fleet celebrate the achievement of the first M-346 100,000 flight hours milestone during the 8th M-346 Joint User Group. In the centre Massimo Chiominto – Leonardo SVP Customer Support Services and Training Aircraft as he hands over the commemorative plaque to the operators.

Dario Marfè, Leonardo director for Aircraft Commercial & Customer Service, said: “We are very proud to celebrate this important milestone, achieved by M-346 aircraft in-service with the Air Forces of Italy, Israel, Singapore, Poland, Qatar and the Italy-based International Flight Training School, a joint initiative between the Italian Air Force and Leonardo in collaboration with CAE. With 85 aircraft in service and 100,000 hours flown, the cutting-edge M-346 has cemented its position as the world’s best advanced jet trainer for today and tomorrow’s fighter pilots. At the forefront of jet training technology, the M-346 will continue to represent the best way to develop a fighter pilot’s skills for decades to come.”

Leonardo has been contracted to deliver more than 100 M-346 aircraft to major international air forces, including those of Italy, Israel, Poland, Singapore, Qatar and Greece. The M-346 is also the backbone of the Italian Air Force and Leonardo’s International Flight Training School (IFTS), where pilots from countries including Japan, Germany, Qatar and Singapore are training today.

“Hundreds of pilots have earned their wings on the M-346, equipping them with an outstanding level of knowledge, skills and experience and readying them to fly the most advanced frontline fighters,” said Emanuele Merlo, Leonardo director for Aircraft Trainers line of business. “This achievement has been possible thanks to great teamwork between operators, Leonardo and our suppliers.”

The future for the M-346 is bright, with more air forces selecting the M-346 for advanced training and choosing the multirole Fighter Attack variant of the aircraft to enable cost effective combat operations.

Here are the comments of some M-346 operators

The IAF is excited to be part of 100,000 flight hours accomplished by the M-346 worldwide fleet, with more than 50,000 flight hours in our fleet and 8 years of successful flight academy courses qualification. We are glad to operate the M-346 advanced training aircraft. We will continue to work together with the Leonardo team and all industry partners to ensure the continuation of the fleet operation. 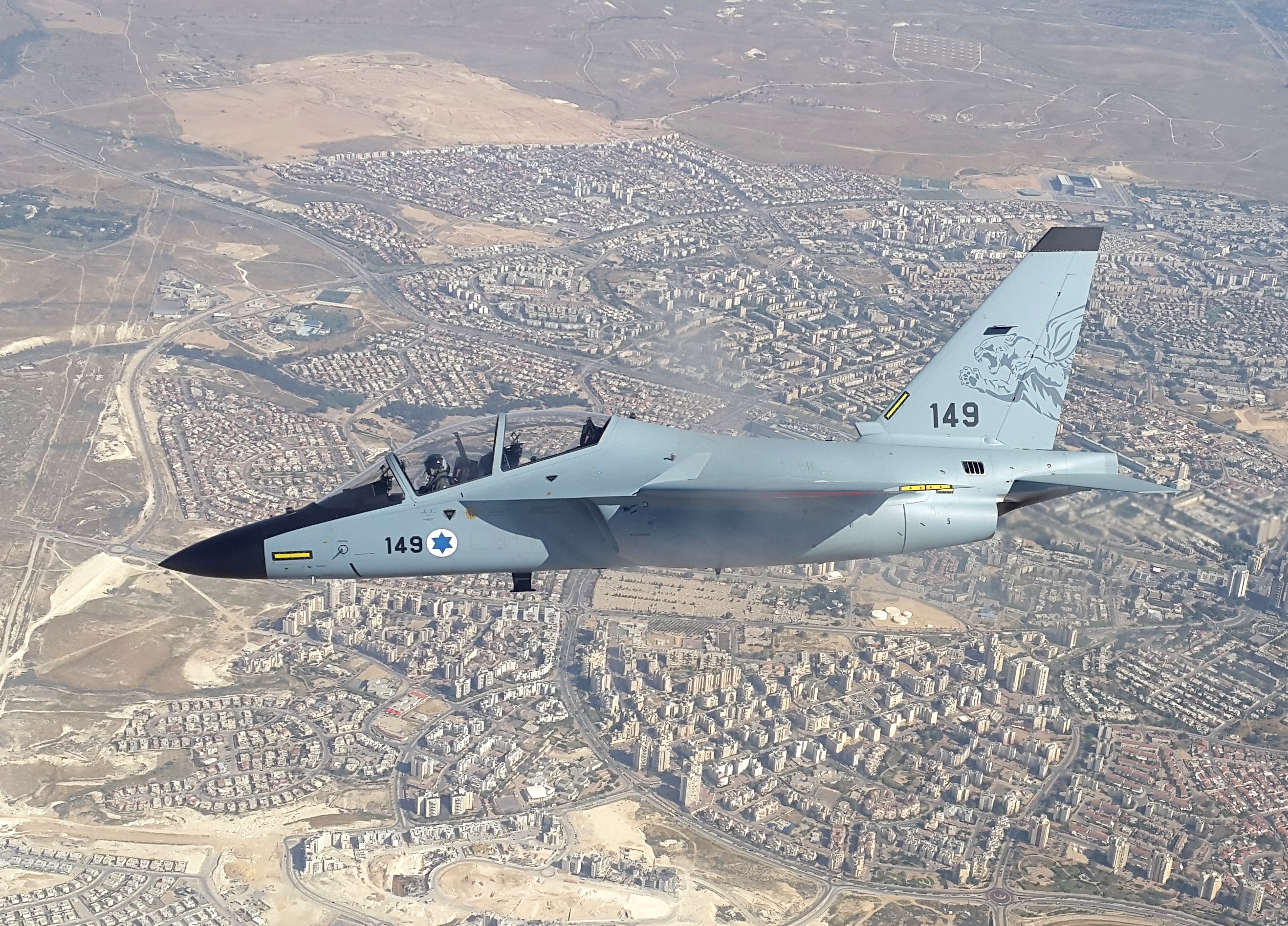 Recently Leonardo has delivered the last batch of the M-346 ordered. Thanks to this, the size of the Polish fleet is currently 16 aircraft, which is a full squadron of "Bielik".

The first M-346 advanced jet trainers appeared in Poland in 2016. Since then, they have been used at the 41st Training Aviation Base in Dęblin to educate cadets of the Military Aviation Academy. The AJT (Advanced Jet Trainer) system, implemented in the 4th Wing of Training Aviation in Dęblin, is one of the most modern pilot training programmes in the world. It is worth mentioning here the certification of the training process for jet pilots, which was carried out by a team of pilots from the US Air Force in the 4th Wing of Training Aviation. The tests confirmed that the Polish system of training F-16 pilots on the M-346 "Bielik" is analogous to the American training programme on the T-38 up to the IFF (Introduction for Fighter Fundamentals) level. Thanks to this, the Polish Air Force became independent from the costly training of future pilots in the USA and gained the competence to educate them full-time in the country. It should be emphasised that equipping the 41BLSz (41st Training Aviation Base) with M-346 "Bielik" aircraft will make it easier in the future to perform flights on 5th generation aircraft, such as the F-35s purchased for the Polish Air Force. 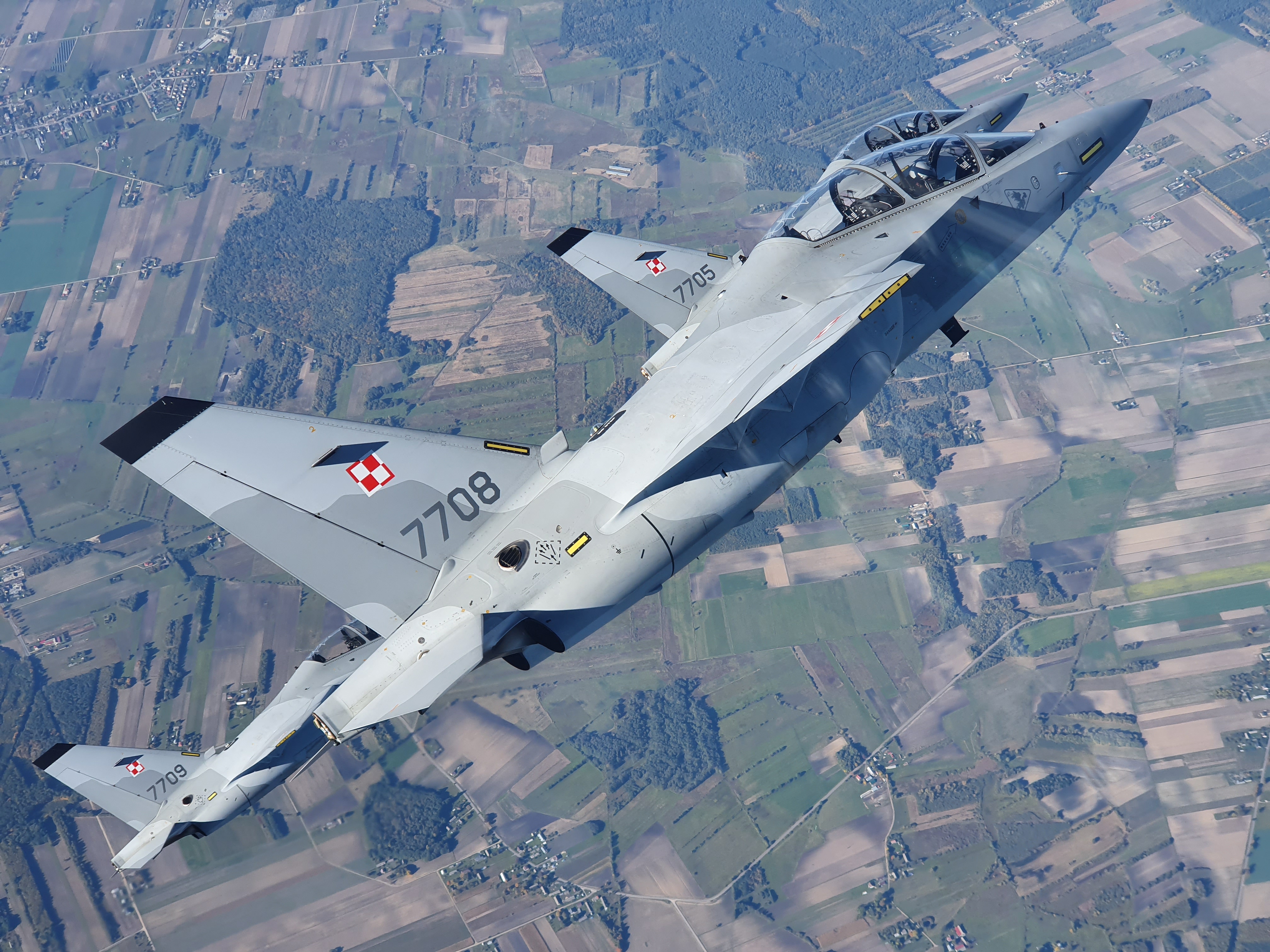 "100,000 flight hours represents an extraordinary achievement for an equally extraordinary aircraft. The T-346A offers performance and technological characteristics that, together with its simulation systems, have allowed us, from 2015 to the present day, to achieve a significant increase in the quality of training for fighter pilots. This platform, together with the commitment displayed daily by the men and women of the flight school, has consolidated the 61st Wing as a centre of excellence in the training sector worldwide. It has also given us the opportunity to provide a unique offer globally, so much so that, in full synergy with national industry, we have succeeded in creating the foundations and shaping the International Flight Training School, a cutting-edge entity of which we are proud to be a part. 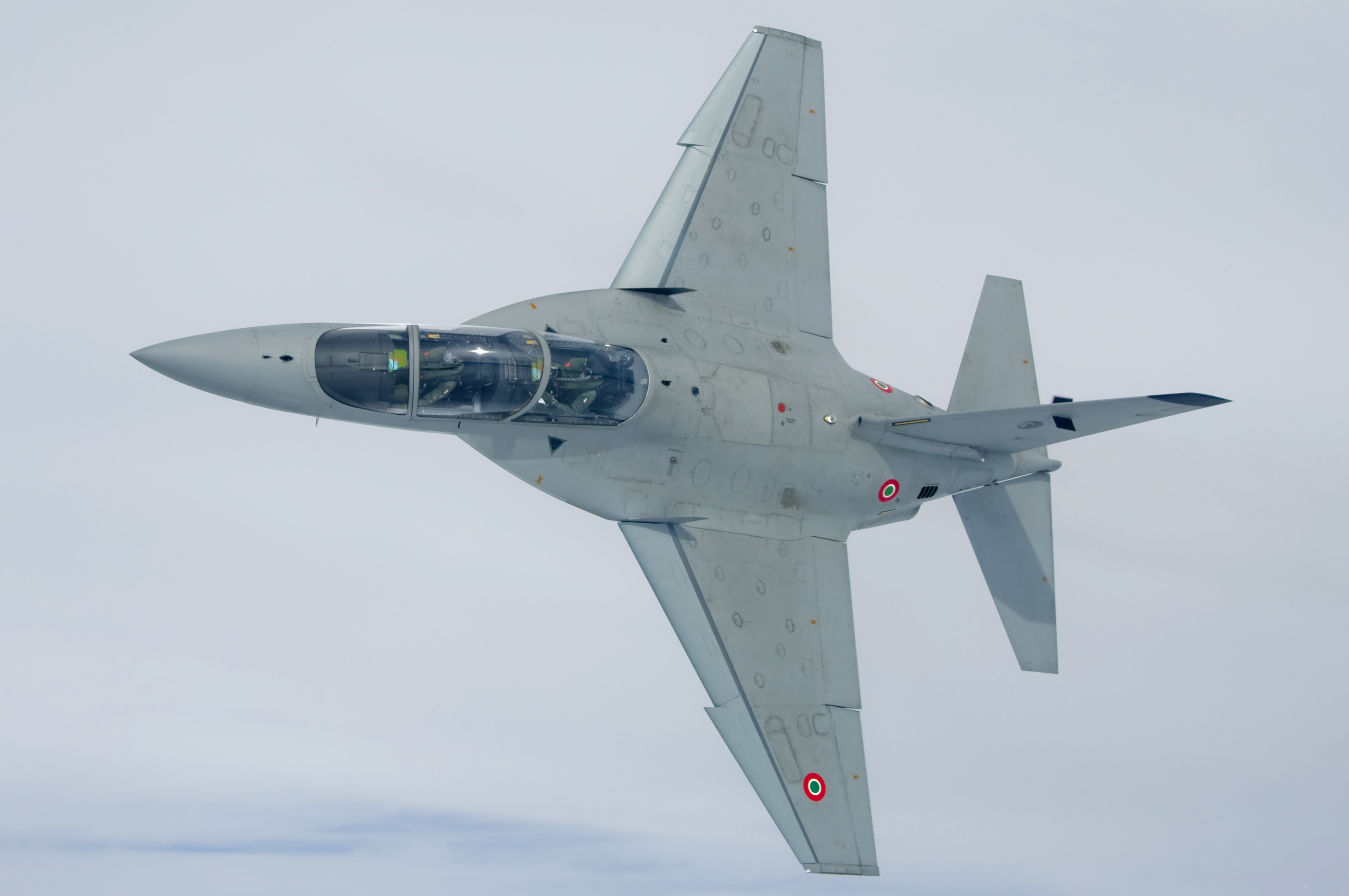