With 16 M-346, the Polish Air Force operates the second largest fleet of Leonardo’s advanced jet trainers in Europe. Having logged over 100,000 flight hours, the M-346 has demonstrated excellent performance in terms of fleet availability and reliability

Leonardo has delivered a third batch of four M-346 advanced jet trainers to the Polish Air Force on schedule. This brings the size of Poland’s fleet to 16 aircraft, the second largest export customer amongst the M-346 customer base.

Dario Marfè, SVP Commercial & Customer Services at Leonardo’s Aircraft Division said: “We are very proud to have equipped the Polish Air Force with an advanced training system based on our M-346. We are committed to providing our customers with the best and most advanced products, based on Leonardo-developed solutions to support them in accomplishing their missions.”

In February 2014, the Polish Air Force chose the M-346 as the successor to the legendary TS-11 Iskra training aircraft. Then in November 2018, in a ceremony at the Polish Air Force’s 4th Air Training Wing in Dęblin, the M–346 received the official name “Bielik” in Polish service.

Since its introduction into the Polish Air Force fleet, the M-346 has been assigned to the 41st Training Air Base in Dęblin. During its time in service, the aircraft has proven to be a game changer for Polish combat aircraft pilots. Poland's M-346 “Bielik” system has also been certified by the US Air Force for the training of fourth and fifth generation fighter pilots, an important milestone that has enabled Poland to train many of its students at home rather than abroad.

Having achieved over 100,000 flight hours, the M-346 Advanced Jet Trainer (AJT) has demonstrated excellent performance in terms of fleet availability and reliability as a technologically advanced and mature programme. More than 100 M-346 aircraft have been ordered by major international air forces including those of Italy, Israel, Poland, Singapore, Qatar and Greece. The aircraft is also the backbone of the International Flight Training School (IFTS), a collaboration between Leonardo and the Italian Air Force, which has already been selected by Japan, Germany, Qatar and Singapore. 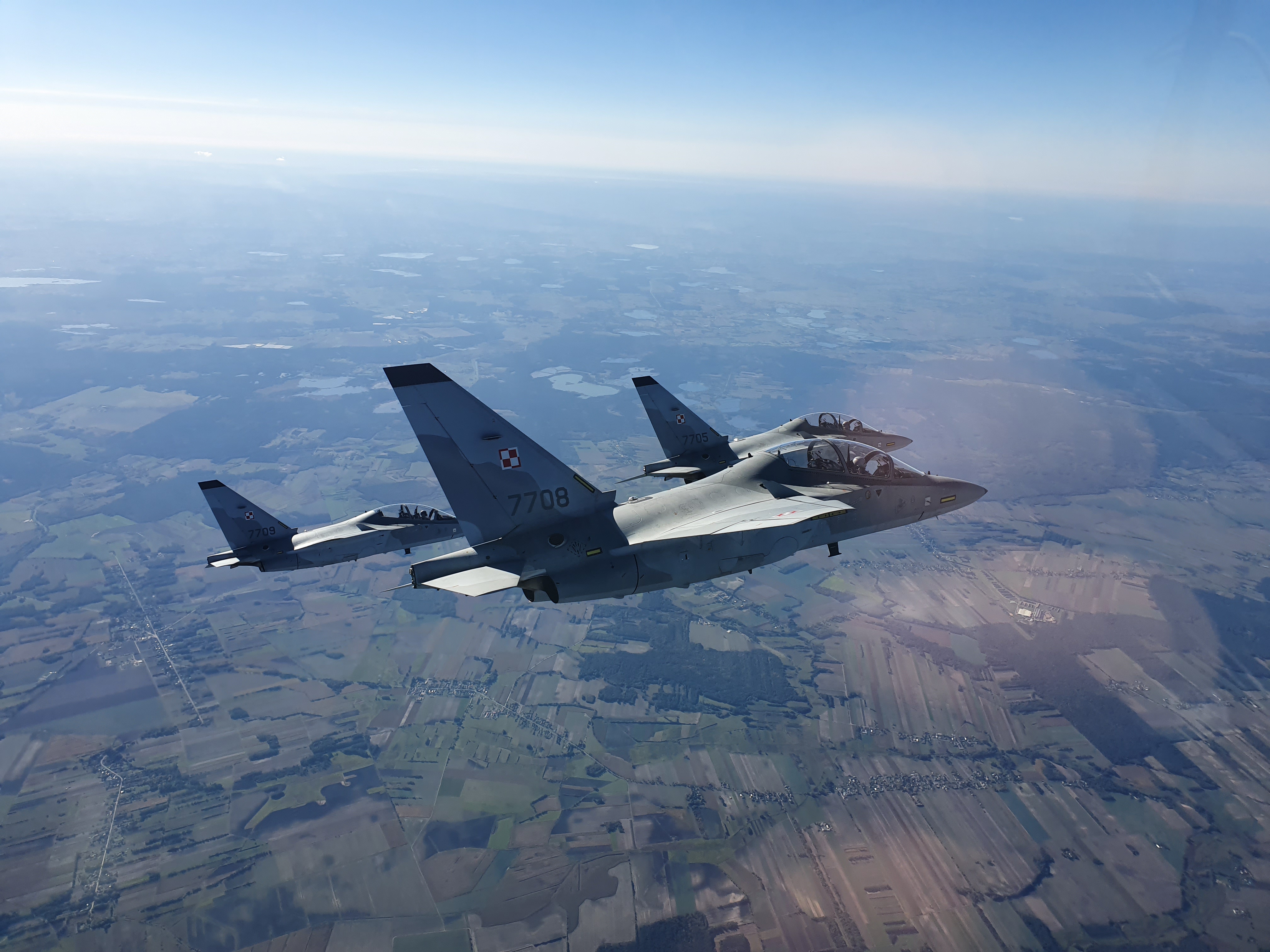